Without this detail, the concert acoustics at the Elbphilharmonie would not be so "crystal-clear" and "crisp.”

In mid-January 2017, the Grand Hall at the heart of the Elbphilharmonie in Hamburg finally opened its doors to the public. Now, anyone can enjoy the venue's famous acoustics – anyone who can get a ticket, that is. Acoustician and perfectionist Yasuhisa Toyota sets high standards for all contributors to the project, accepting nothing but the very best performance. At the centre of the action in this team was an application technician, who drew on his own background as a musician to offer a unique insight into the seams in the interior of the hall.

"Crystal-clear", "superb" and "crisp": These are just some of the words used to describe the acoustics in the Grand Hall by those who were lucky enough to attend one of the first concerts at the Elbphilharmonie in January 2017. While international concert audiences eagerly anticipated the opening day, HOCHTIEF was working to realise the vision of world-class Japanese acoustician Toyota. The central element of the design is the "white skin" that lines the Grand Hall: Composed of around 10,000 individually machined gypsum fibre panels, it projects pure sound to each and every seat. The rising and falling texture on the panel surface never repeats, and with a bulk density of 1500 kg/m³, the material panels are almost as heavy as concrete – enabling the paneling to resist resonance even when challenged by the most powerful of musical performances. The seams between the panels are an integral feature of the overall system. 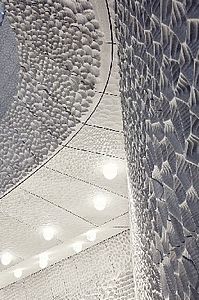 The question of where best to position joints is part and parcel of the everyday discourse on a construction project. But the issue took on even greater significance when paneling the Grand Hall and achieving the desired acoustic effect. The joints between the panels total 15 kilometers in length. For Frank Unglaub from illbruck, who was engaged as a consultant by general contractor HOCHTIEF and its subcontractor Peuckert, the acoustic effect of the seals was a top priority from the outset. He knew that, if not sealed perfectly, the sound would leak through and end up behind the paneling, where it would then be reflected, completely uncontrolled, back into the hall. Even greater than their effect on energy consumption and climate control is the joints' impact on acoustics – a seemingly minor detail, but one with huge reverberations.

HOCHTIEF planned to complete the seals in two stages, combining joint sealing tape with sealant. On the suggestion of the application technician from illbruck, the first stage would use illbruck TP600 Compriband 600 premium sealing tape from illbruck; a product characterised by its combination of exceptional, tried-and-tested properties. The tape is known for its permanent, perfect seal and vapour diffusion capability, as demonstrated in a 22-year hardness test. Two further properties were also important in this project: the tape's high volumetric weight for optimum sound protection and its B1 flammability class. 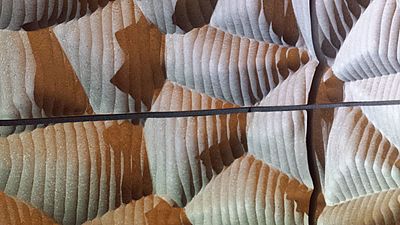 Both of these considerations were key factors for the material panels and the joints. Furthermore, the tape adapts seamlessly to variations in joint width. This is of particular importance around joint areas where the panels are recessed, which further widens the joint. In these areas, the open-pored foam tape performs the same function as it does between the panels, creating a clean acoustic barrier between the individual elements while also absorbing sound.

"This solution was perfect for our requirements", says Lutz Hiltmann from general contractor HOCHTIEF, looking back at the project: "

The seam seal was the ideal complement to and continuation of the complex functions of the white skin itself".

For the second stage of the seal, the company selected a flame-resistant, high-volumetric-weight silicone that would be the perfect partner for the TP600 tape. illbruck is very pleased with the results: "We provided high-level support to HOCHTIEF during the development and implementation phases of the project – and the acoustics are crystal-clear and crisp, exactly as intended". 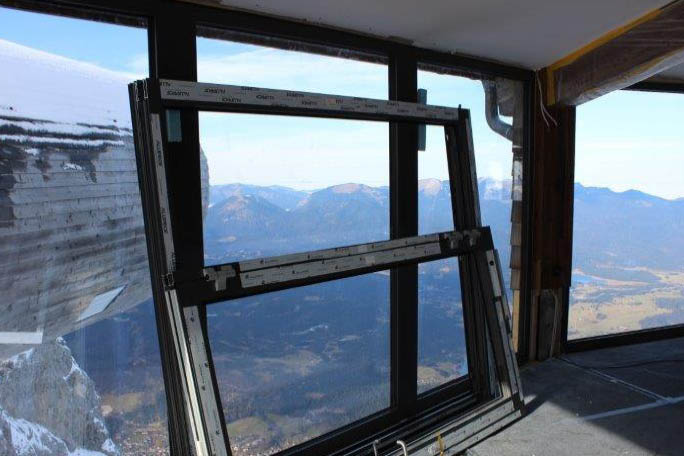 Installing a window at 2,244 metres is not an everyday occurrence and the demands placed on the products used are particularly high. That is why the people in charge of the contracted company MarStein decided on illbruck system solutions from CPG Europe for the renovation of the mountain station of the Karwendelbahn. 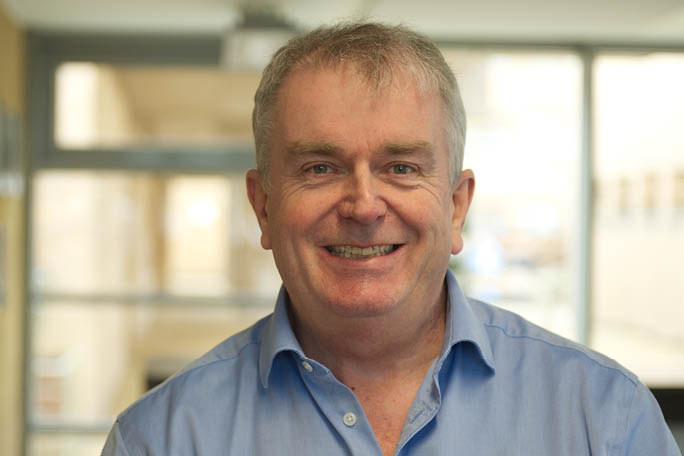 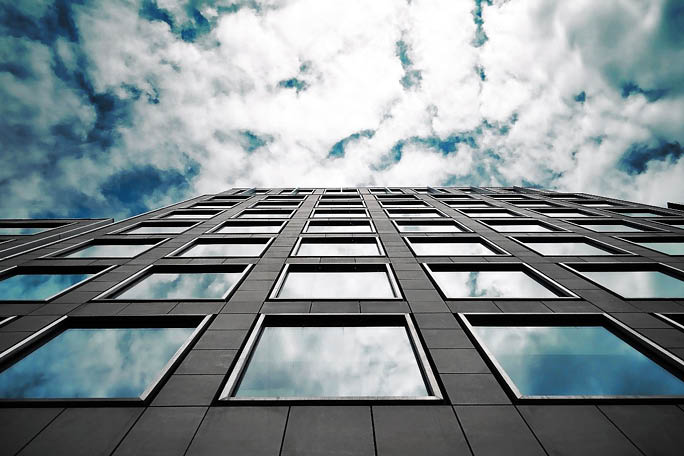 The new standards came into effect from 15th June 2022. For any notices or plans that had been submitted before this date, there is a grace period to start work until 15th June 2023.

Get regular updates from CPG Europe. Including our insights, announcements and latest news.